So, apparently the CEO of Abercrombie and Fitch has a really big problem with bigger people. A&F will not sell larger sizes because, as CEO Mike Jeffries tells a Business Insider reporter, “…we want to market to cool, good-looking people. We don’t market to anyone other than that.” 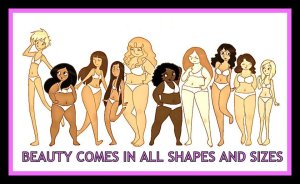 So, not only does Jeffries want us all to believe that someone with some meat on her/his bones is unattractive, s/he is also “not cool.” Is there a clearer example of how shallow and incipid the image-driven world is?

I also found it interesting that the article that criticized this focused only on women’s sizes. I get, of course, that body image is a very serious problem among women, with the associated insecurities, eating disorders and daily judgments based on their appearance. END_OF_DOCUMENT_TOKEN_TO_BE_REPLACED